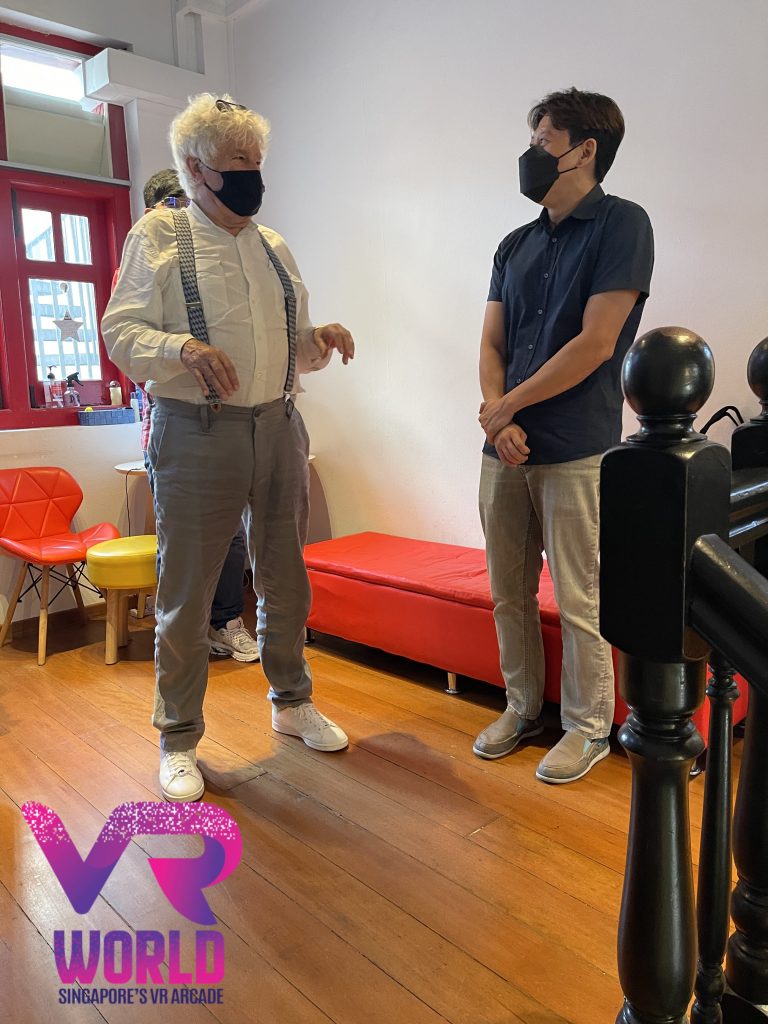 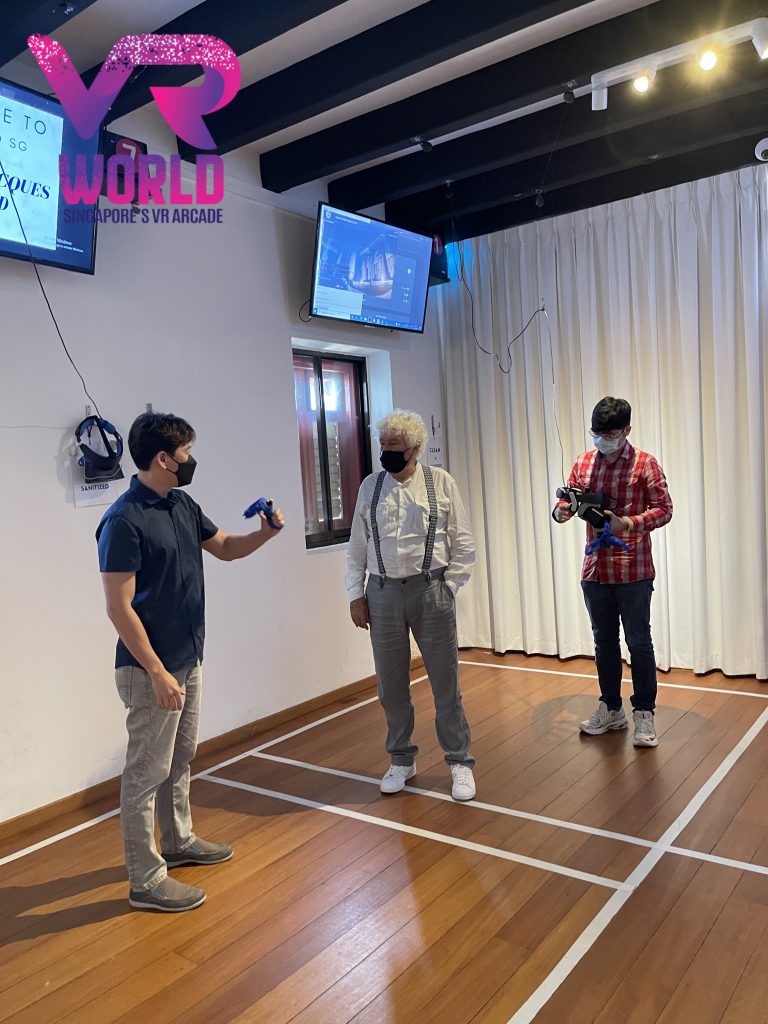 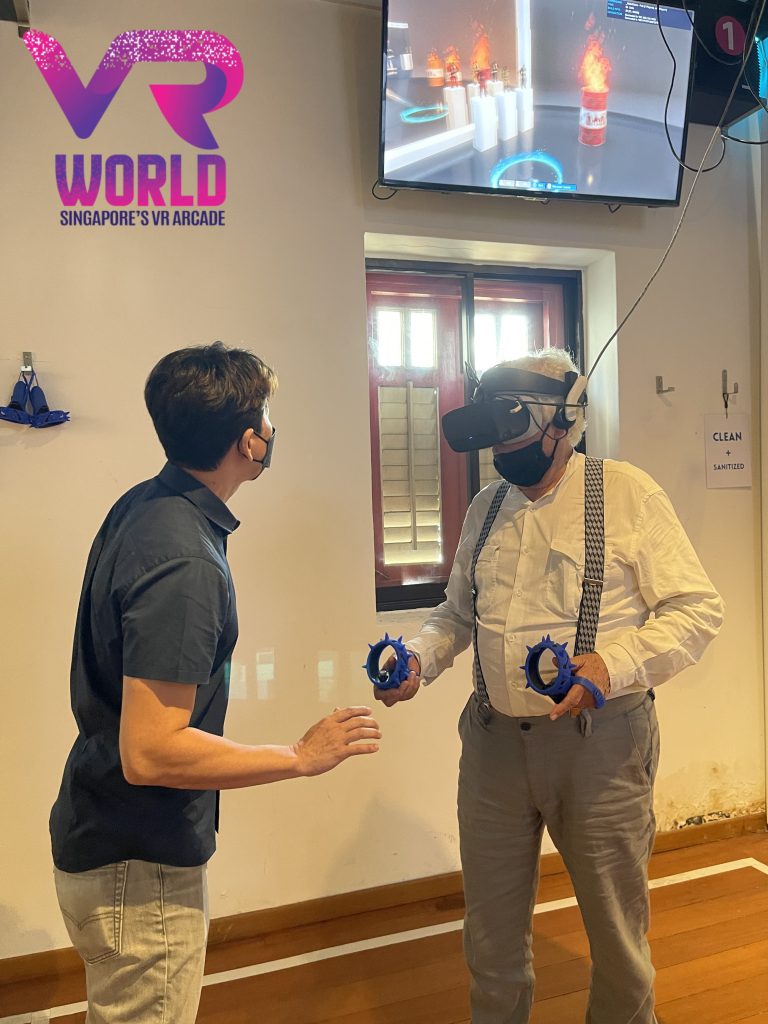 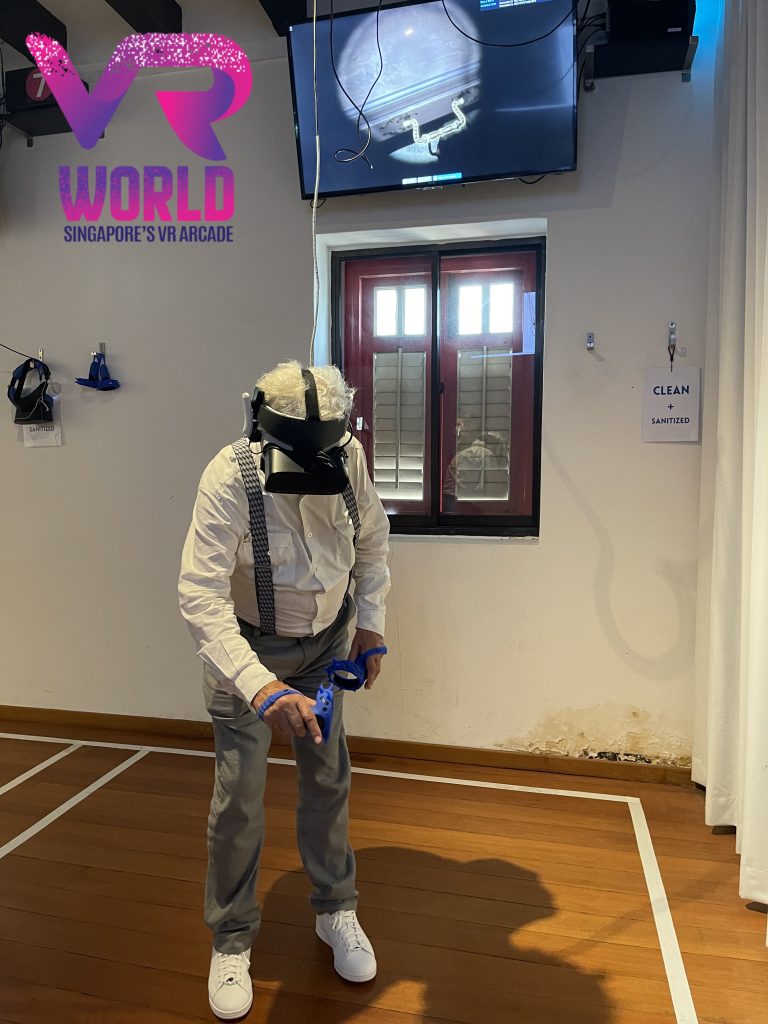 On 18 July 2022, acclaimed French film director, screenwriter and producer Jean-Jacques Annaud paid a rare visit to VR World Singapore. Mr Annaud is best known for his cinematic works that include: The Name of The Rose, The Lover, Seven Years In Tibet, Enemy At The Gates and many others that have won numerous awards and recognition globally.

The purpose of Mr Annaud’s visit on this day was to experience the newest addition to VR World’s list of popular VR Escape Games: Save Notre-Dame on Fire. Created by the ingenious Ubisoft Escape Games development team, the game itself is based on Mr Annaud’s own latest movie Notre-Dame On Fire, which recounts the historic rescue of Notre-Dame de Paris during the fire that almost destroyed the cathedral on April 15, 2019. The director, who happened to be in town to attend a special screening of Notre-Dame on Fire, made the deliberate visit to VR World to experience his own movie first-hand in a whole different dimension: Virtual Reality. He was accompanied by representatives of the French Embassy and Alliance Française, who had specially arranged the visit through their collaboration with VR World Singapore.

After the game, the friendly and good-natured Mr Annaud had a casual exchange with the team, describing his experience playing the game and also sharing some of his movie making anecdotes and special feelings toward Singapore. At the end of the visit, in an autograph message dedicated to VR World Singapore, he declared that “the game is great fun!”

Save Notre-Dame on Fire is currently available in VR World, along with other Ubisoft Escape Game titles: Escape The Lost Pyramid, Beyond Medusa’s Gate, Prince Of Persia: Dagger Of Time. BOOK NOW. 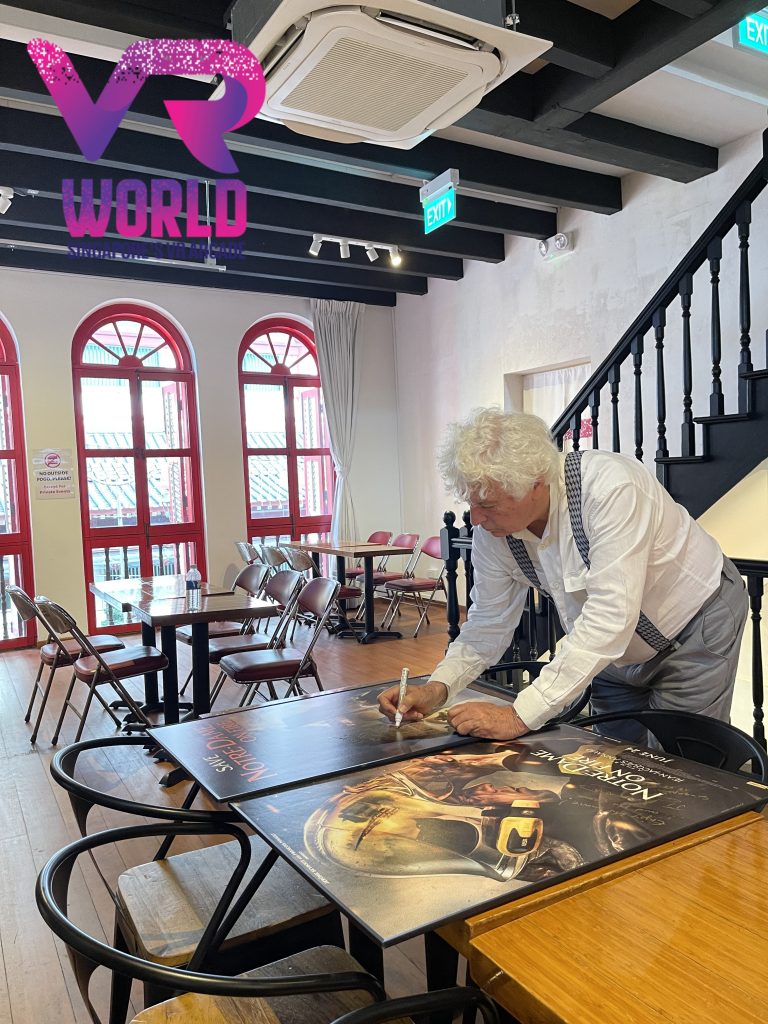 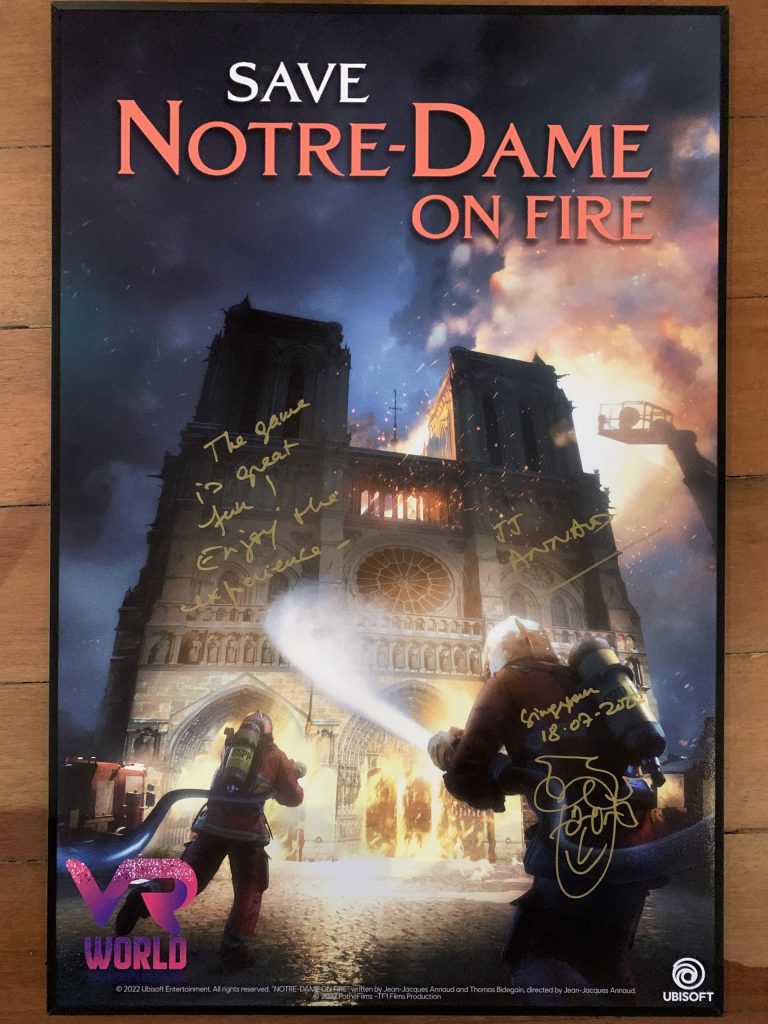 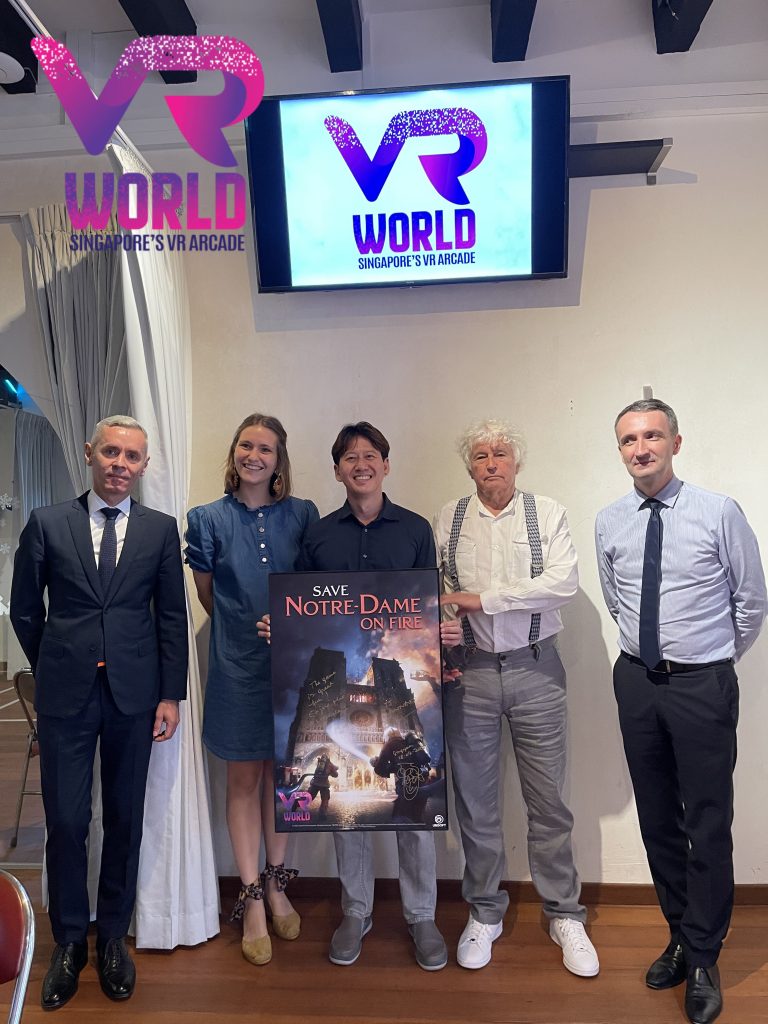